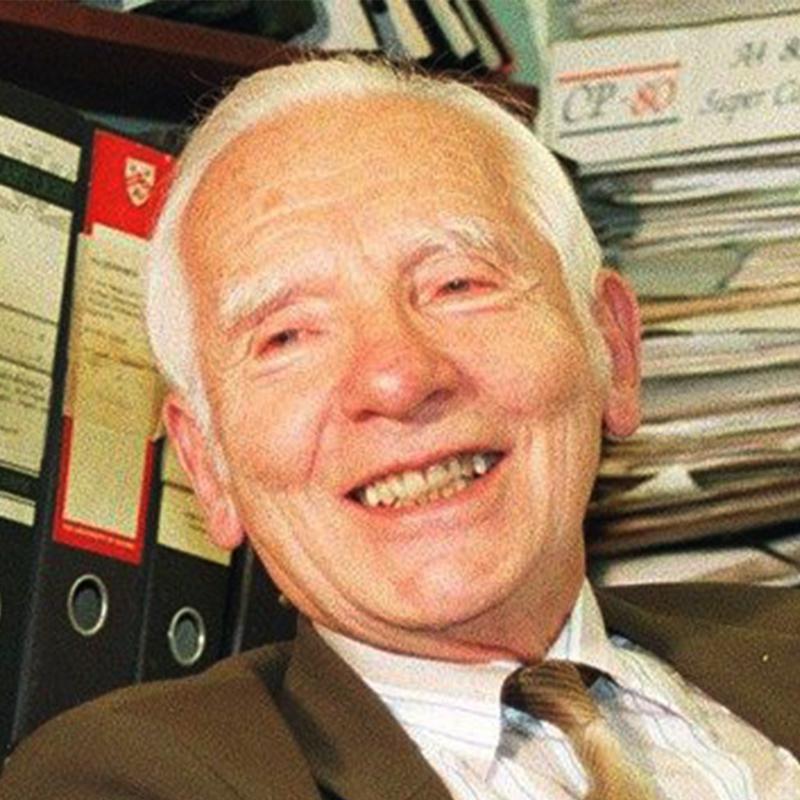 1995 Nobel Peace Prize-winner for his efforts to eliminate the use of nuclear weapons worldwide. Joseph Rotblat was born to a Jewish family in 1908 in Warsaw, Poland. His family lost everything during World War I. Eventually he was able to attend Warsaw's Free University where he studied physics. When he was 31 years old he went to England to work in a world-renowned physics laboratory at the University of Liverpool that had developed a new machine that could split atoms. Splitting atoms releases a huge amount of energy, energy that could be used to provide power for a whole city or to make the deadliest weapon ever invented.

That same year, Germany invaded Poland and World War II began. There was growing concern in the scientific community that Hitler’s government would develop an atomic bomb. Rotblat went to the United States to work on the Manhattan Project, a large- scale effort dedicated to developing the first atomic bomb. He was the only scientist to leave the Manhattan Project on moral grounds, which he did when it became clear that the Germans were not developing an atom bomb. He was horrified when atomic bombs were dropped on two cities in Japan, and soon after, shifted the focus of his research to medical physics.

In 1950 he became Professor of Physics at St. Bartholomew's Hospital Medical College using his knowledge of radiation to pursue research into cancer treatment. In 1955, Bertrand Russell, Rotblat and other prominent scientists, such as Albert Einstein, signed a manifesto calling the attention of the world to the dangers of nuclear weapons. The Russell/Einstein Manifesto, as it was called, led to the founding of the Pugwash Conferences on Science and World Affairs to promote nuclear disarmament. In 1995, on the fiftieth anniversary of the dropping of the atomic bombs on Nagasaki and Hiroshima, Professor Rotblat was awarded the Nobel Peace Prize. In 1998, he was knighted by Queen Elizabeth II.

Sir Joseph Rotblat became a member of PeaceJam in 2003. He died on 31 August 2005 in London. However, his legacy lives on in British Pugwash, and in PeaceJam UK, which was founded in January 2006.