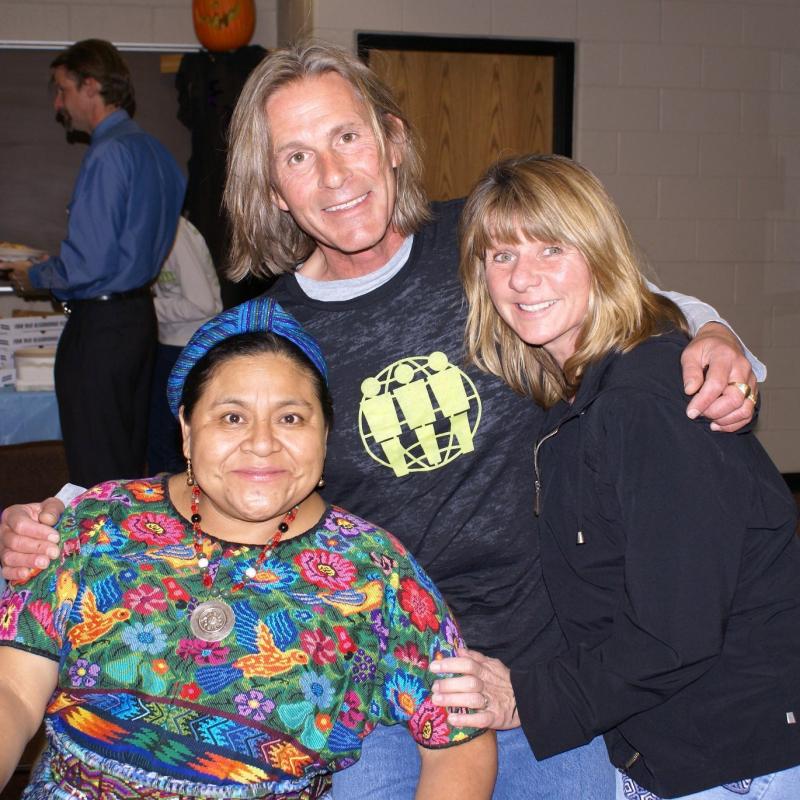 The Education aspect is delivered through our comprehensive learning materials. The Inspiration is provided by the Laureates themselves through our materials and when they meet young people at the Youth Conferences. The third key aspect of the programme, Action, consists of a social change project devised and carried out by young people to tackle the root cause of the most pressing issue in their community, as part of the One Billion Acts of Peace campaign.

To date we have run fourteen high-energy, interactive youth conferences, each with a different Nobel Laureate, with around 300 young people between 14-18, plus university mentors and volunteers, and teachers and youth leaders.

We also run one-day events, known as PeaceJam Slams, to introduce young people to PeaceJam. These can be run in a school or a community space.

The work of PeaceJam UK would not be possible without our dedicated partners. These organisations share our aims and values and enable us to spread the PeaceJam message throughout the UK. If you are interested in developing a partnership with us, please get in touch. 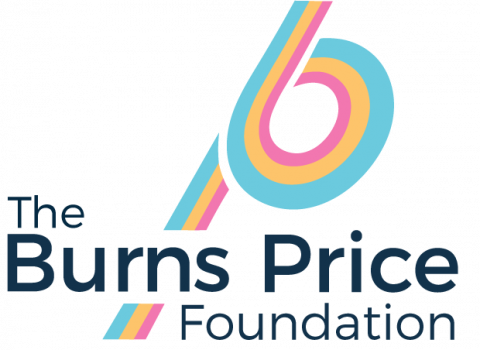 The Burns Price foundation funds a number of free places at our Youth Conferences for young people from low-income backgrounds. We will send you a form to fill in when you register for the event. They also offer funding for young people-individual and groups-to undertake projects that have a community-enhancing purpose.

Local Rotary groups have been huge supporters of PeaceJam youth conferences in Bradford, Winchester and Leeds. Rotarians have provided amazing in-kind support, for example in handling logistical aspects of the events. Local Rotary group can be approached by schools and youth groups to provide funding to cover the costs of participating in a PeaceJam event.

Support from the Erasmus+ programme of the European Union, has enabled PeaceJam UK to strengthen our youth leadership conferences at the University of Winchester, and expand the level of programming, by providing more schools and youth groups with the “Compassion in Action” curriculum and training. Currently seventy-two schools and youth groups engage with PeaceJam in the UK and aims to reach a further fifty by 2020. Please contact us if you are interested in implementing the PeaceJam programme in your school or youth group. 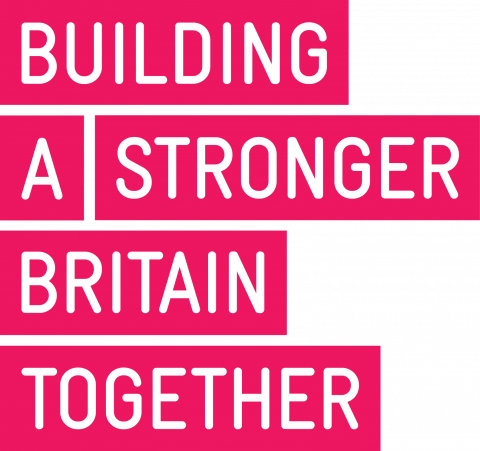 Building A Stronger Britain Together

PeaceJam UK has received support for its work from this Home Office programme which supports civil society and community organisations that work to create more resilient communities, stand up to extremism in all its forms and offer vulnerable individuals a positive alternative, regardless of race, faith, sexuality, age and gender. Please contact us if you are a school in the Leeds-Bradford area and in the Hampshire and wider region and are interested in PeaceJam.

The University of Winchester, and particularly its Centre for Religion, Reconciliation and Peace, have hosted Youth Conferences since 2015; with Nobel Peace Prize winners: Jody Williams of the USA, Rigoberta Menchú Tum of Guatemala, Leymah Gbowee of Liberia, Tawakkol Karman of Yemen and Betty Williams of Northern Ireland. 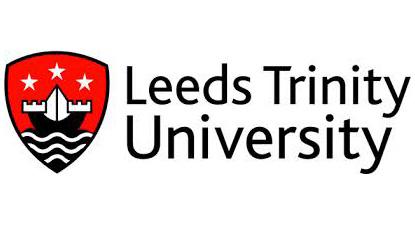 Leeds Trinity University generously hosted PeaceJam's first ever Youth Conference in Leeds, on 25-26 November with Mairead Corrigan Maguire. It was a great success, with over 200 delegates, all of whom loved the safe, friendly LTU campus.

The University of Bradford, and particularly its Department of Peace Studies, stepped forward in 2005 to become the first UK higher education of host of PeaceJam. It hosted Youth Conferences from 2006 to 2014 and continues to be closely involved in PeaceJam.

British Pugwash, the organisation founded by Laureate Sir Joseph Rotblat, brought PeaceJam to the UK and continues to provide invaluable background support to the organisation.

The Board of the PeaceJam Foundation is composed of senior staff including Executive Director Kate Cumbo and Director of the 1 Billion Acts of Peace Campaign Brandi Brown, plus all the participating Nobel Peace laureates and their representatives. They set the overall direction, policy, and governance of the organisation.

PeaceJam has other regional affiliates and chapters in the USA and around the world.

An experienced senior manager in project management, training and development, and secondary education, Caroline previously held teaching posts in both secondary and further education. The former District Governor of Rotary District 1110 (South Central England), she is also the leader of PeaceJam Winchester.

Sally was PA/Researcher to Sir Joseph Rotblat, from 2000-2005. She has been a member of the British Pugwash Executive for PeaceJam since 2008 and represents Sir Joseph on the PeaceJam Laureate Governing Board.

Alison is Chair of the Rotary Action Group for Peace and President of Cardiff Bay Rotary, District Rotaract Officer and District Peace Officer. She has been using the PeaceJam programme very successfully with asylum-seekers in Cardiff and with ex-services offenders in Parc prison.

Fay is in charge of running PeaceJam UK's social media accounts, producing the newsletter and running website communications. Fay started as a PeaceJammer, attending the 2017 Winchester Conference as sixth form student, before becoming a mentor and then mentor coordinator whilst studying at the University of Winchester. During this time, Fay gained experience with young people in numerous volunteer roles, including a community development internship in Southern India, and has cultivated academic expertise in refugee exclusion through her degree in History and Politics and work in the Calais Refugee Camp. Now a graduate, Fay is a member of the PeaceJam UK Youth Team as well as a member of staff.

Luke joined in 2014 as a regular a youth mentor, trainer and emcee for PeaceJam UK and abroad. He was chair of Rotaract in Great Britain and Ireland 2016/2017. He was honoured by JCI in their Ten Outstanding Young Persons of the World Programme. He continues to serve as a member of the PeaceJam UK leadership team and is now the European Youth Team Coordinator for PeaceJam Europe.

Brian is a retired Head Teacher and member of the PeaceJam UK leadership team and conference planning team for Winchester.

Fiona is Senior Lecturer at the Division of Peace Studies and International Development, University of Bradford, where she ran PeaceJam from 2006 to 2014. She is also a Fellow of the Royal Society of Arts.

William McInerney is a doctoral researcher and Gates Scholar at the University of Cambridge, Queens' College. He researches peace education with a focus on arts-integrated approaches and men's violence prevention. Prior to Cambridge, William was an arts and peace educator, poet, journalist, and Rotary Peace Fellow with a decade of experience working at the nexus of creative expression, youth engagement, and conflict transformation.

Kate Roberts is currently working as the Policy and Campaigns Officer at The Brain Tumour Charity. She previously held the role of Chair of Trustees at Royal Holloway Students’ Union, where she was the President in 2020-21. Her first experience of being a Trustee was through becoming the Vice President Education in 2019 when she was 21. Kate is currently an Ambassador for the Young Trustees Movement in the South East. She is also an Advocate for Girlguiding UK where she acts as a national spokesperson, representing and campaigning for girls and young women across the UK. In her free time Kate enjoys hiking, camping and spending time in nature.

Callum help volunteer as a mentor at Peacejam orginally while acheivieing degrees in Events and Project Management at University. After University he took a step away from Peacejam and is using his extensive organisational skills,in coordinating events, training and projects at Small Charities Coalition. Following on he has now returned as a Trustee at Peacejam, bring knowledge from the Charity Sector. Often in his free time, he organises scouting activities for his local section and is passionate in supporting causes related to the Armed Forces/Emergency Service or delivering Peace Resolution Projects.

In 2003 Erinma became a co-founder and CEO of her own formidable charity known as CARISMA - Community Alliance for Renewal Inner South Manchester Area. Known now as CARISMA Services Ltd. This is a front-line community-based group set up to offer life-chances for people in the community by giving them positive alternatives other than violent street, gun and gang crimes www.carisma.me.uk. Erinma employs successful models, which ‘build social capital’; educate on social intelligence as well as cultural intelligence and competency - amongst grass roots individuals, community groups and key stakeholders, - employing methods that offer transformative solutions to those who seek to promote social cohesion within their communities to bring about peace and conflict resolution. This successful model enabled a 92% decrease in gun and gang crime in Manchester. Erinma continues to lead on work around issues such as Restorative Justice, Peace and Conflict Resolution as well as Peace Making, Peace Keeping and Peace Building within an urban environment.

Get in touch with us