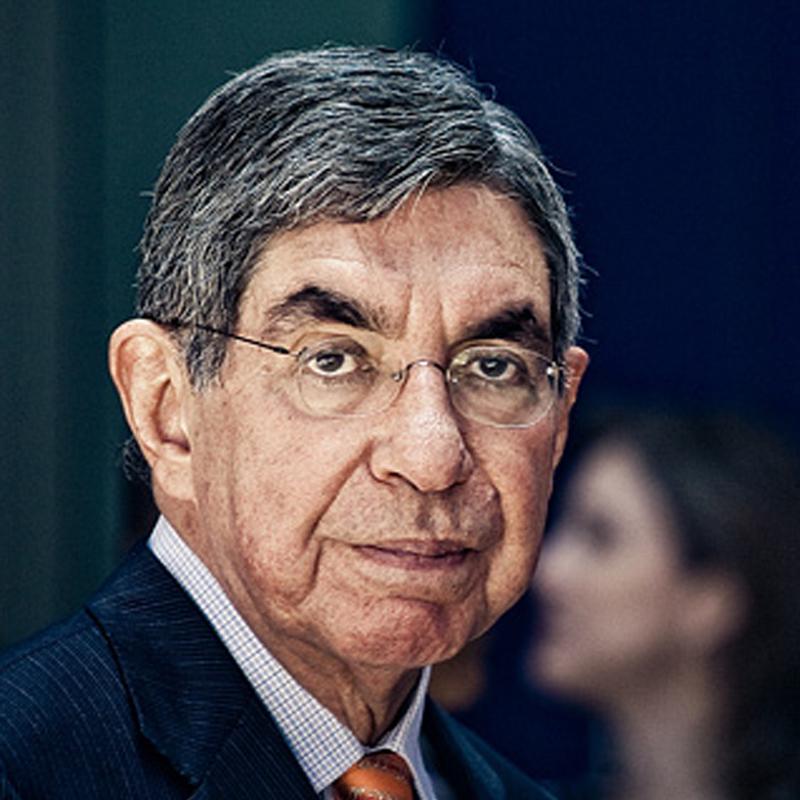 1987 Nobel Peace Prize-winner and former President of Costa Rica, Arias was recognised for his work brokering peace during civil war in Central America.

Oscar Arias was born in Costa Rica in 1941. When he was a child, Costa Rica became the first country to disband its standing army, allowing it to invest in education, healthcare and the environment.

He studied law and economics in Costa Rica, the United States, and the United Kingdom, eventually receiving a doctorate in economics. He joined the Social Democratic Party and became a member of the government in the 1970s.

He was elected President in 1986 amid a civil war in neighbouring Nicaragua. As President, he took measures to deal with Costa Rica’s heavy foreign debt and other economic problems, but his main interest was in trying to restore peace and political stability to the war-torn countries of Central America. In February 1987, he proposed a regional peace plan, the Arias Plan, that set a date for cease-fires between government and rebel forces, ensured amnesty for political prisoners, and called for free and democratic elections in those countries.

Although he and the leaders of Guatemala, El Salvador, Honduras, and Nicaragua signed this plan, it was never fully implemented, partly because of opposition from the United States. However, it laid the foundation for the peace process in Central America.

In October 1987, Oscar Arias was awarded the Nobel Peace Prize in recognition of his efforts towards peace in the region. With the Nobel Prize money, he formed the Arias Foundation for Peace and Human Progress to promote peace, justice, and equality in Central America.

He was re-elected as President of Costa Rica from 2006-2010 after the country amended its constitution to allow him to run again. He continues to work for peace in Central America, keeping the vision of the Arias Plan alive. He has been a member of PeaceJam since 1996.