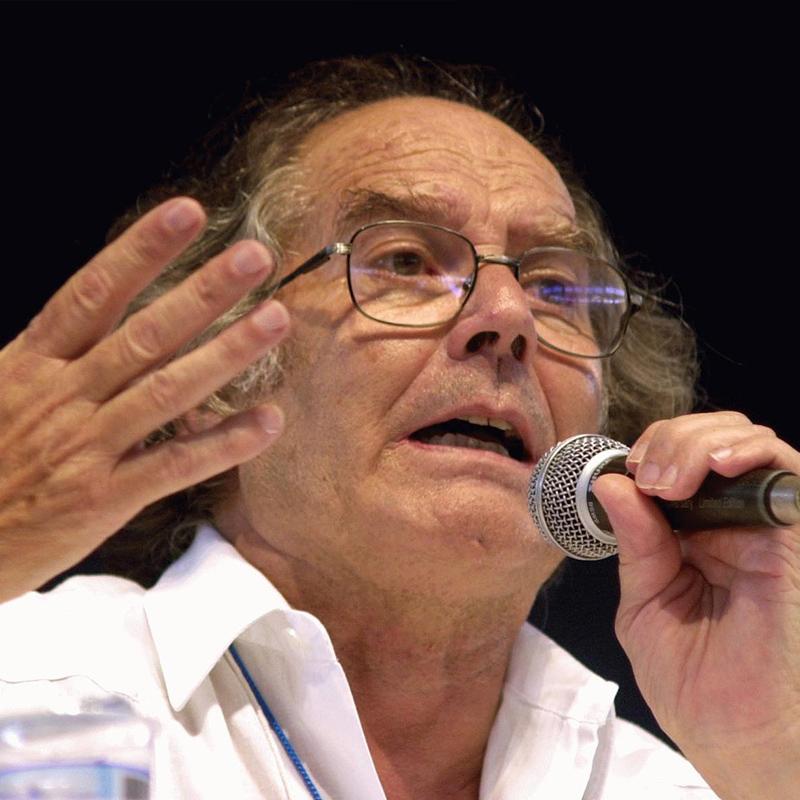 Adolfo Pérez Esquivel was born in 1931 in Buenos Aires, Argentina. Despite his family's poverty, he went to school and became a well-known artist. His large-scale murals and artworks can be viewed in parks across Latin America and Europe. His faith in humankind and belief in God are reflected in his paintings, drawings, and sculptures. He also worked as a professor of architecture.

In 1976, a military dictatorship took power over Argentina and carried out a policy of repression, torture, and murder called the 'Dirty War.' They imposed a brutal crackdown on democratic rights that targeted artists, teachers, journalists, activists, and intellectuals. The government censored or physically 'disappeared' these people. Some 30,000 people were murdered by the military regime.

Adolfo worried about human rights abuses in his country, especially the treatment of local leaders who worked for peace and democracy. In 1974, he quit teaching and became secretary general of the newly formed Peace and Justice Service (Servicio Paz y Justicia - SERPAJ) — a group that coordinated nonviolent movements in the region.

In 1977, the military dictatorship imprisoned and tortured him for 14 months. He was released after being named Amnesty International's Political Prisoner of the Year in 1978, which led to thousands of letters being written to the Argentinean government demanding his release.

Adolfo Pérez Esquivel was awarded the Nobel Peace Prize in 1980 for his courageous defence of human rights. In 1983, the military government was thrown out and members of the dictatorship were brought to trial. Today, he continues his work with SERPAJ, including a campaign calling for a cancellation of the debt of countries in the Global South. He has also created 'Peace Villages' that provide training and housing for homeless and orphaned children in Argentina. He has been a member of PeaceJam since 1996.